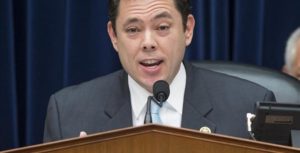 President-elect Donald Trump indicated in an interview with 60-Minutes last weekend that he may be done pursuing the Clintons, backing off campaign statements that the former Secretary of State should be in jail.

But although Trump might be done with the Clintons, House Oversight Committee Chairman Jason Chaffetz is not, telling Fox News anchor Tucker Carlson Tuesday investigations into Hillary Clinton’s use of a private email server and pay-to-play allegations between the State Department and Clinton Foundation will continue.