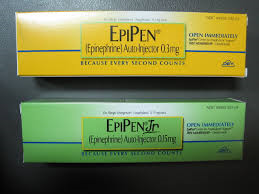 An expiration date is defined as the last day that a medicine is warranted to be safe and effective when stored properly. I’ve written for years that this date is often arbitrarily determined, and that the idea all medicines somehow “spoil” very soon after their expiration dates is incorrect.

I’m not alone in this opinion: A new study now reports that an important medical product that prevents deaths from severe allergic reactions (also called”Anaphylaxis“) can still be used effectively years after the expiration date on the package.

The California Poison Control System in San Diego tested 40 unused, expired Epipens and found that all (yes, all) of them retained at least 80% active epinephrine, the main ingredient. Â This was true even for Epipens that closed in on the four-year expired mark. The least potent device was found to be at 81 percent 30 months past its expiration date. Most were at 90% or above.

Epipens are expensive items that are sometimes in short supply. F. Lee Cantrell, lead researcher of the California study, concludes that those unable to replace the product should hold onto it for use past the expiration date.

“There’s still a dose that would be therapeutic in there…” Cantrell also said: “if an expired EpiPen is all that I have, I would use it.” He suggests that it might be appropriate for the FDA (Food and Drug Administration) and Mylan, the company that distributes Epipen, to consider adjusting the expiration dates. Currently, the drug”expires” 12-18 months from the date of manufacture.

Of course, in normal times, the recommendation is to replace expired EpiPens. This new information, however, if of use to those who cannot afford to replace Epipen often and, also, to those in the preparedness community who store medical items in case of disaster.

The recommendation given by the California Poison Control System is a rare departure from standard conventional medical wisdom, which states that drugs should be disposed of as soon as they become expired. However, even the Department of Defense has determined that many medicines are 100% effective and safe to use even if expired. This data can be found in the July 2006 issue of the Journal of Pharmaceutical Sciences. 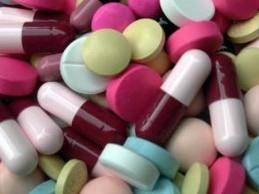 many drugs remain potent after expiration

The “Shelf Life Extension Program” (SLEP), which initially evaluated 122 drugs commonly stored for use in peacetime disasters, determined that most drugs in pill or capsule form were therapeutically effective for 2 to 10 years beyond the written expiration date. This led to the government issuing “emergency use authorizations” for various expired medicines when a shortage occurred. One example is the antiviral drug Tamiflu: During the 2009 Swine Flu epidemic, existing supplies of Tamiflu were authorized for use up to five years after the expiration date.

Drugs in liquid form did not fare as well in SLEP studies, which makes the Epipen (which uses a liquid solution of epinephrine) data so interesting. Granted, 100% potency would have been better, but 80-90% would still have a beneficial effect on an allergic reaction.

Given the 2016 Mylan scandal where the company increased the price from about $100 per two-pack to $600, an extended shelf life would be welcome news. (Mylan recently released a “generic” version for $300 per two-pack).

It should be noted that potency of a drug is affected by storage conditions. Most medicines should be stored in dry, cool, dark conditions. Allowing Epipens to be exposed to high heat or freezing could adversely affect effectiveness.

Many physicians are greeting the study’s findings skeptically, but I consider it more evidence that expiration dates are sometimes artificially determined, and that those storing medications for use in disaster settings might get more longevity out of their supply than expected. Get fresh medicine if available, but think twice before throwing out your last Epipen. Sometimes, something is better than nothing.

Find out more about expired drugs, anaphylactic shock, and 150 other medical topics in austere settings with the 700 page Third Edition of The Survival Medicine Handbook: The Essential Guide for When Medical Help is Not on the Way, available at Amazon. (Be aware that the Second Edition can still be found there; be sure to get the latest edition or just order from store.doomandbloom.net.